There are SO MANY dogs in Thailand. They’re EVERYWHERE. Some of them are owned by people, but most of them are strays. They hang out in the street or near restaurants and beg for food. Sometimes they run around in packs and sometimes they curl up in the middle of the road and take a snooze. Car coming? Don’t care.

This one lives outside of the grocery store I go to:

The people don’t seem to mind… The dogs are gentle and don’t really bother anyone (except when they’re begging for food, which can be annoying, but only happened a few times to me).

You don’t want to pet them tough! Most of them are sick. If you get close enough, you can see that they often have sores on their skin, and I’m sure they have fleas and other problems, too.

Why are there so many dogs?

Well, I read up on this and a few people have said that people get dogs when they’re puppies and really cute and fun to play with, but then they don’t take care of them properly and they abandon them when they get older. It’s also uncommon for people to spay or neuter their dogs. “Spaying” or “neutering” a dog means that you do a surgery that makes them unable to have babies. This may sound sad, but it’s a good thing to do when you have a pet, because otherwise, you may end up with tons and tons of puppies on your hands and no one to take care of them.

Did you know that a dog can have a whole bunch of babies at one time? They’re not like people who just have one, or maaaybe two. Imagine if your Mommy had 6 or 8 kids every time she was pregnant. There would be about 30 of you guys running around the house! No good, right? No good for people, and no good for dogs either.

Get this: There are about 68,000 puppies born every year in Thailand. A lot of them die of starvation or disease, and a bunch of them are rounded up by the government and killed because there’s no one to take care of them.

It’s a really sad problem. The government is trying to educate people on the importance of spaying and neutering their pets, but they’ve got a long way to go.

I know this post was kind of a downer (sorry!)… but it’s important to know about the good stuff AND the bad stuff sometimes. It’s the only way for us to get better, right? 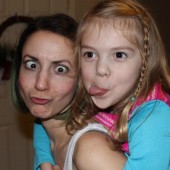